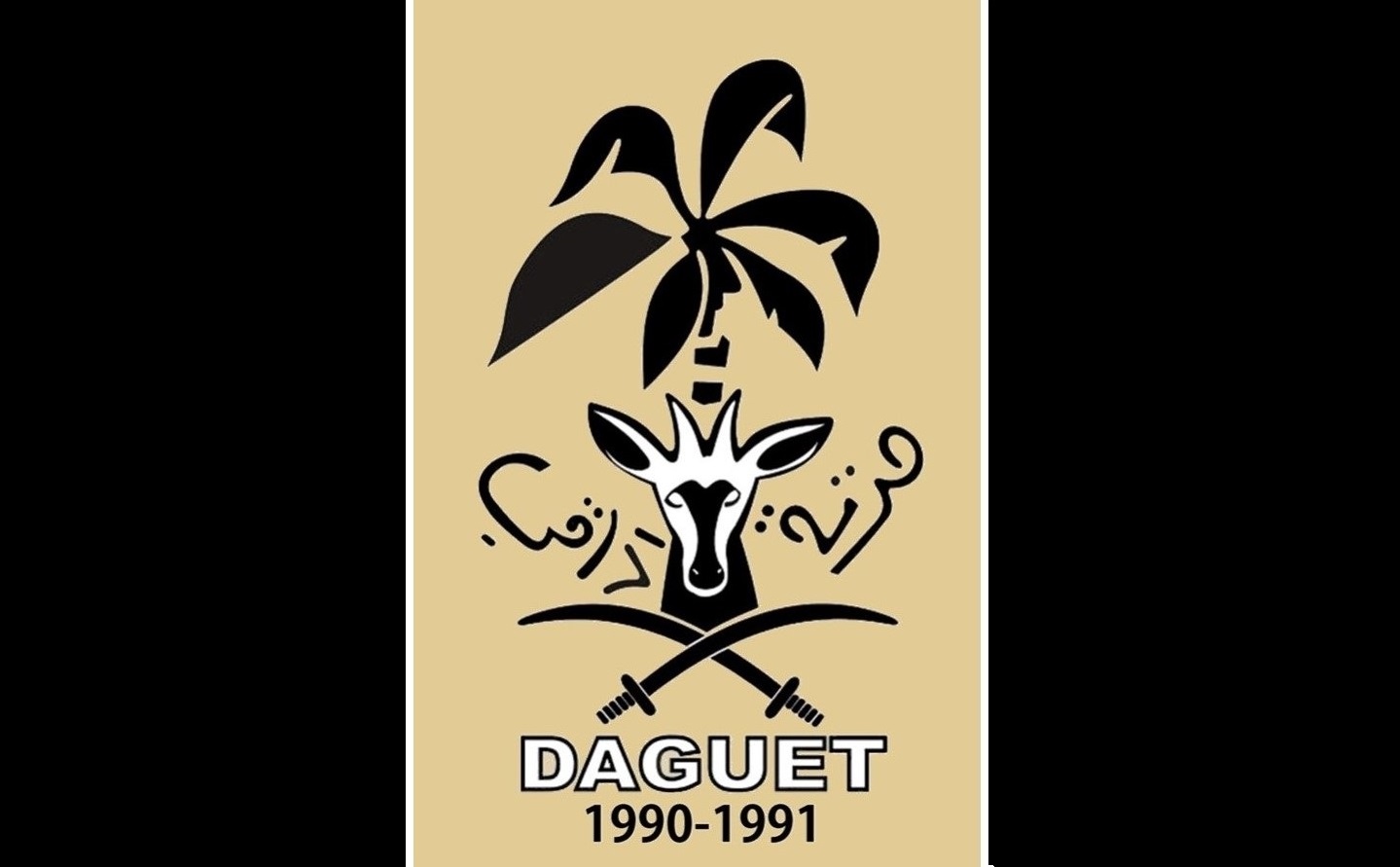 Editor's note: On the occasion of the 30th anniversary of the liberation of Kuwait we publish two historical accounts (by Colonel Passot and by Gery Verjot).

In 1991, French armed forces took an active role in the huge coalition “Desert Storm.” After 6 months of military buildup in the Saudi desert, air and land units contributed to the victory. Then, French troops took part in Kuwait’s reconstruction. 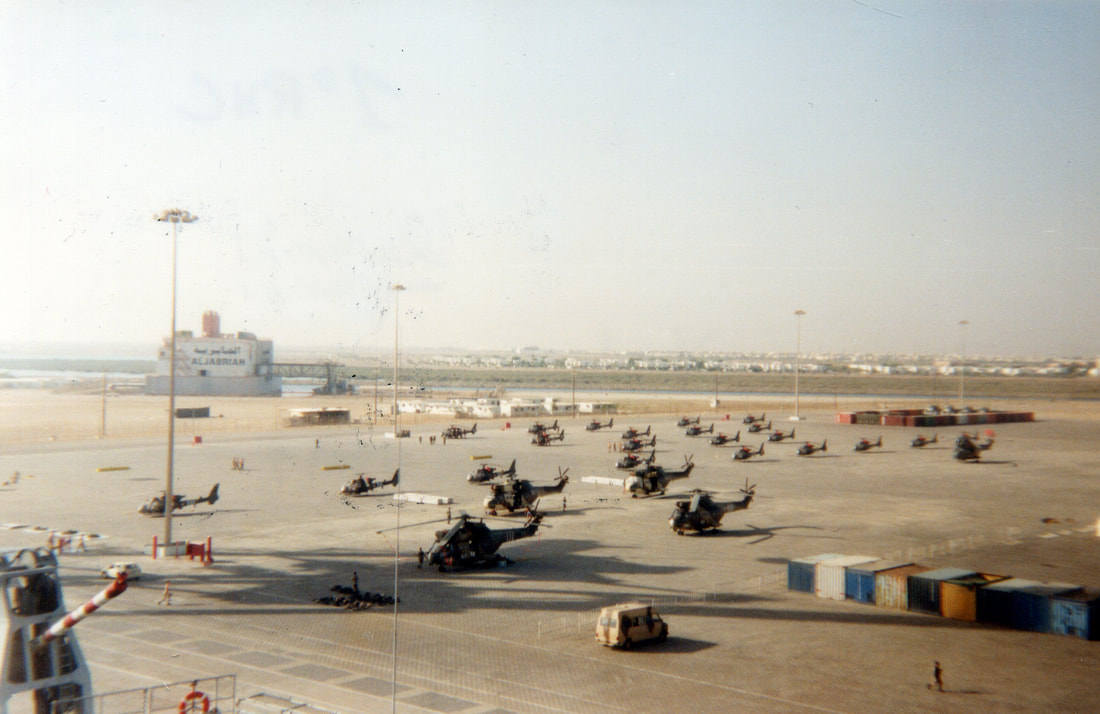 Right after the invasion by Iraqi forces, French authorities sent military ships to the Gulf, to enforce an embargo against Iraqi merchant ships, which had been decided by the United Nations. This naval deployment was also meant to show Saddam Hussein Kuwait’s allies’ determination. By October, France started sending troops to the Saudi territory. Most of the units and equipment were transported onboard ships from Toulon to Yanbu (Red Sea). Then they had to drive 1700 km across the desert for to reach camps in the North-Eastern part of the country. 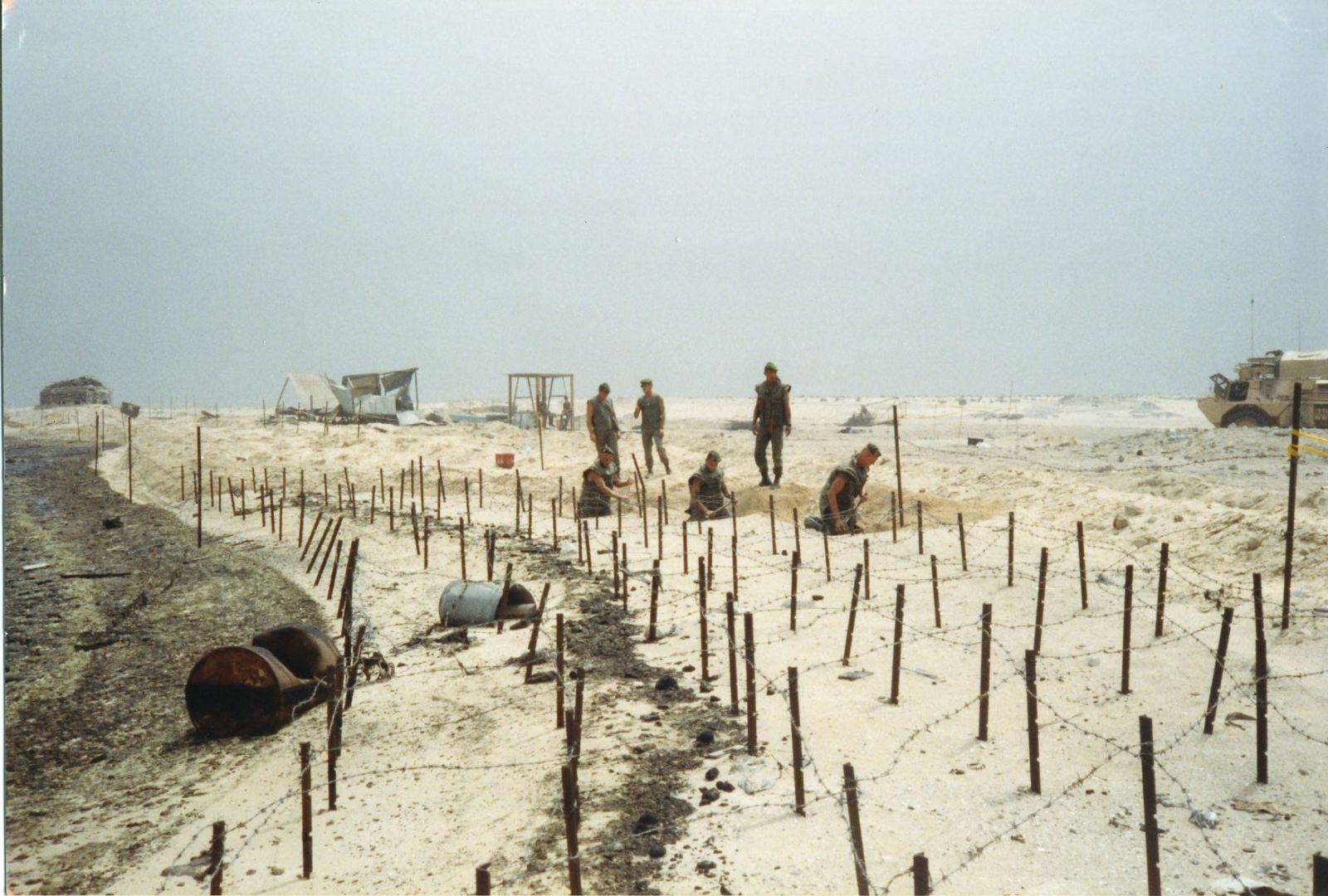 2. A long period of waiting and uncertainty

This military buildup was a period of waiting and uncertainty. Soldiers were preparing for a possible offensive, without knowing if a real war was going to happen, when and where. During this period, the units went into hard training, specifically for chemical warfare and mine clearing. Fearing chemical attacks from Iraqi forces, coalition units did a lot of drills as protective measures. Whenever Scud missiles were fired at Coalition camps, soldiers had to take cover wearing gas masks and chemical suits at every warning. The tension was rising as time was running. The United Nations Security Council had given the Iraqis a deadline to withdraw their troops by January 15. According to resolution 678, if the Iraqis would not comply, “all necessary means” were authorized. No withdrawal had been observed on 15 January. It was the road to war. 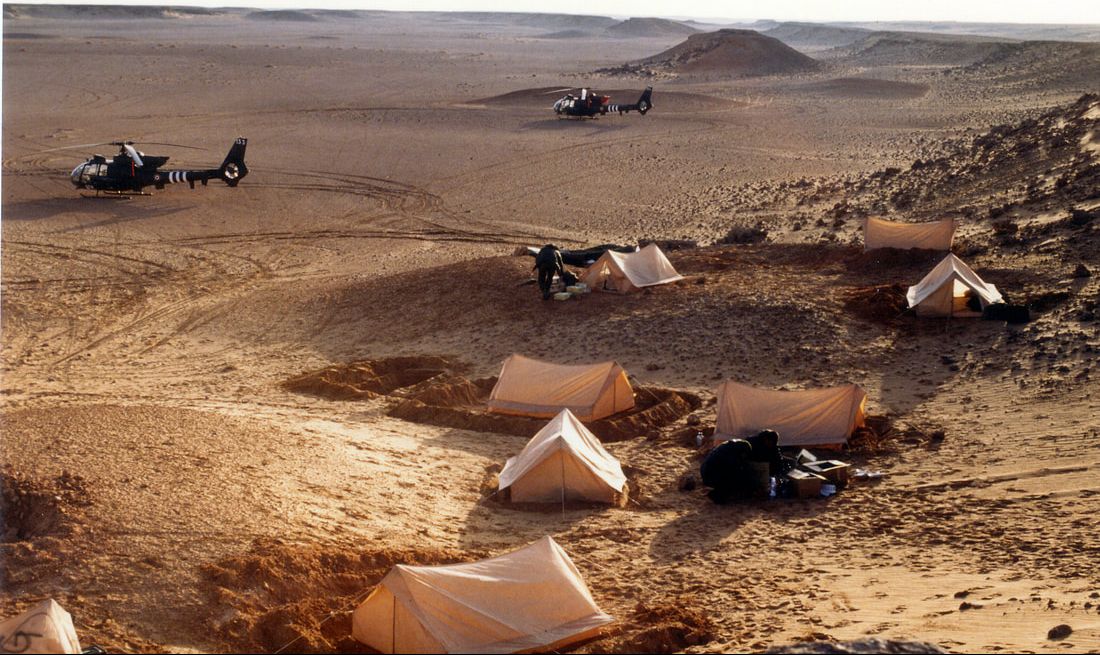 Military operations started on 17 January, by an air Air campaign, which was planned to last three weeks as a maximum. Finally it lasted almost six weeks. French Air force took part in these operations with 50 aircraft mainly based in Saudi Arabia:

• Captain Mahagne was one of the Jaguar pilots. He led an air raid against the al-Jaber air base (under Iraqi control) in Kuwait. He successfully carried out his mission but was wounded by small arms when he flew over the base. He had to fly back to his home base as he was hit in the head.

• Mirage F1 conducted ground attacks and reconnaissance missions. They could not be used on the first day of the campaign because the Iraqi Air Force was also equipped by M F-1. Once all Iraqi Mirage F-1 were destroyed or grounded, the French ones would operate. 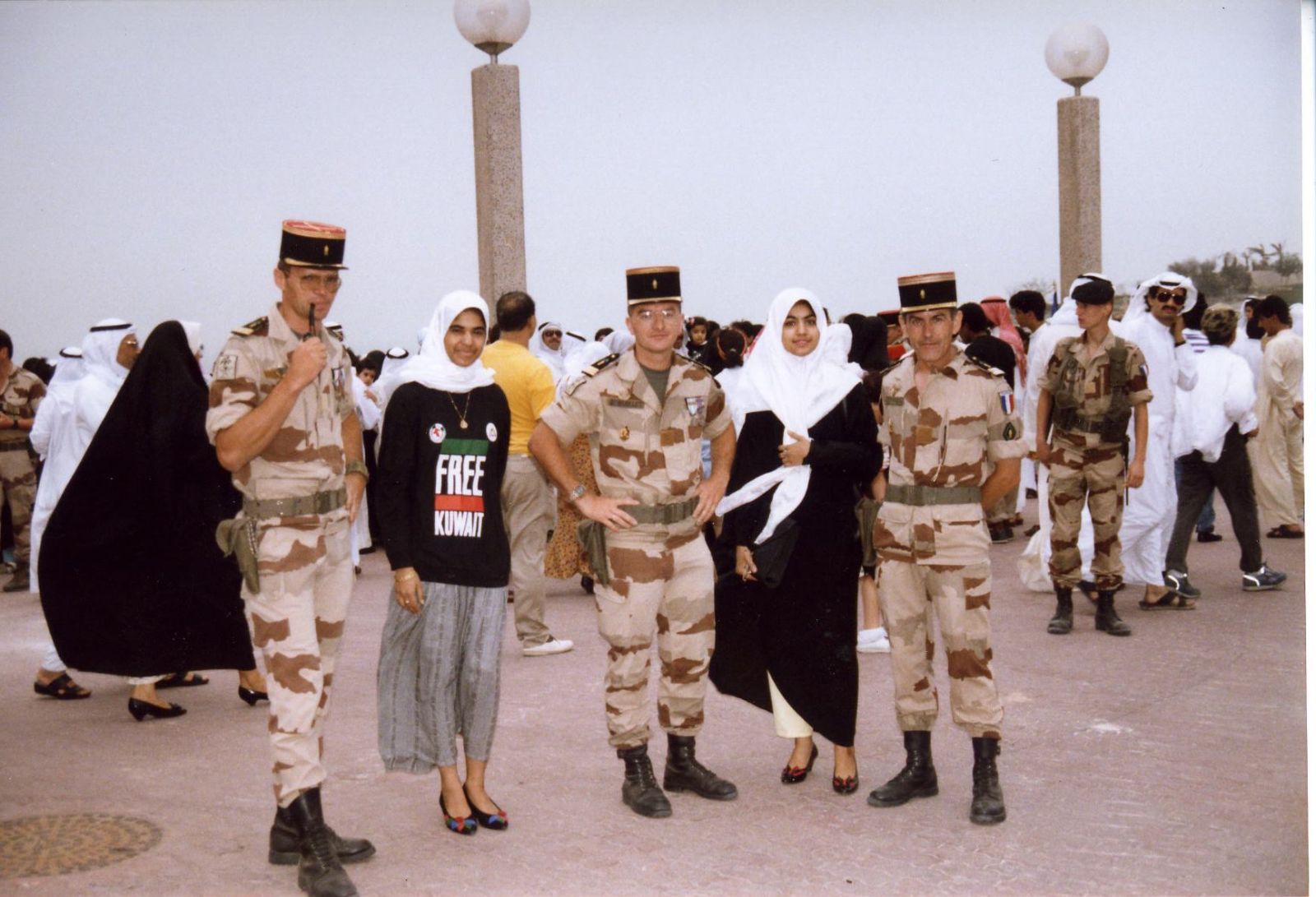 • Mirage 2000 provided air cover. No French aircraft was lost during all the war. Yet 4 Jaguar were damaged by anti-aircraft fire. Very soon, air supremacy was achieved. All aircraft were able to carry out their missions without risk. Ground operations started on 24 February. According to the plan, three weeks were needed to defeat the Iraqi forces and to free Kuwait. So ground operations were launched by the end of February to end by 15 March (the beginning of Ramadan), but the operations went much faster! West of the Coalition forces, the division Daguet headed North on February 24 in the early morning. Capitalizing on light and mobile assets, the division reached the first objective ahead of schedule: Rochambeau (codename given by the Coalition planners), was conquered on February 24 at mid-day. Iraqi soldiers surrendered without really fighting (3000 Iraqi prisoners in one day). New attack on 25 February was launched at 6 am. This time the objective was As Salman: a strategic area including crossroads, airport, and military garrison (an area of 150 km inside Iraqi territory). After the area had being conquered, a complete search had to be conducted. There, sadly, several mines and explosives blew up and 23 soldiers were wounded. Despite this incident, all objectives have been reached. The ground operations were a success. 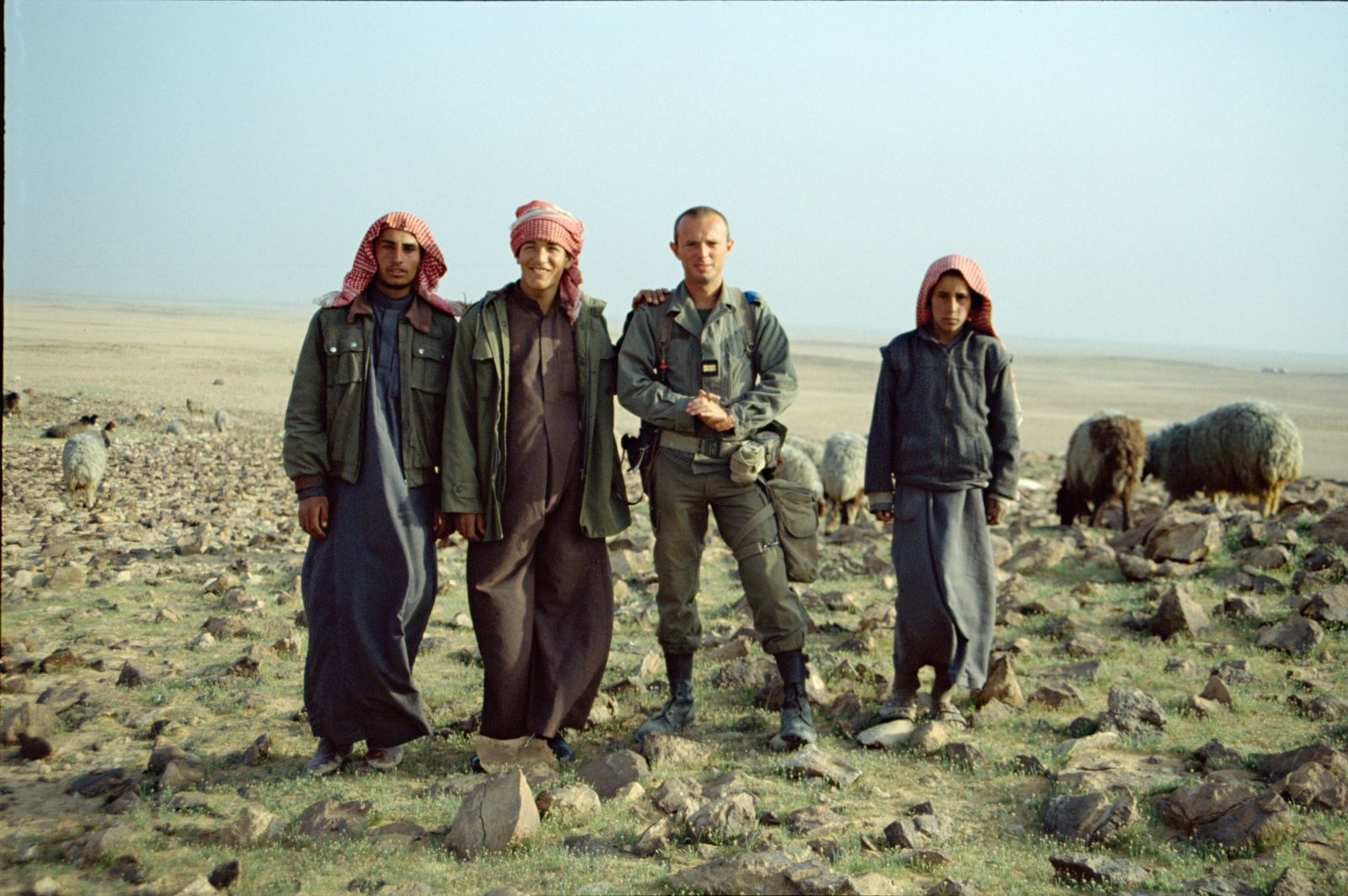 On 28 February, Iraq accepted all the resolutions set by the UN. A ceasefire was ordered. French units had to destroy all ammunition remaining in Al Salman, to enable civilian population to return to normal life. Then, while most of the units returned to France, a French military contingent stayed in Kuwait. They reopened the Embassy of France, which had been occupied by the Iraqis. The French units conducted operations of mine clearing, especially all along the beaches and various areas in Kuwait City. Minefields were set along the seaside because the Iraqis were fearing an amphibious assault.

French contribution to Desert Storm was rather small in numbers (below 20 000 men) but significant in its achievement, at sea, in the air and on the ground. After the liberation, a defense agreement between Kuwait and France was signed (in 1992) and has been implemented until now.

An Army officer, colonel Olivier PASSOT started his career in operation units. He also served as staff officer and in the military education. Later, he held positions in the ministry of defence and the joint headquarters and completed various missions abroad, notably in the Middle East. He did not take part in operation Daguet. Yet he heard a lot of testimonies from military friends and colleagues who did.