The First Latin Translation of the Qur’an: Robert of Ketton,

Between the 12th and 17th centuries, Europeans sought to understand Islam by translating the Quran into Latin, a translation they call Alcoran. From Robert de Ketton's Alcoran produced in 1143 to that of Ludovico Marracci published in 1698, nearly a dozen Latin translations of the Arabic Koran have been produced in the West. Robert of Ketton’s translation cannot be deemed to be without interest, nor judged solely on its polemical intention. His work uses a number of approaches: periphrasis, compensation, addition, loan translation, adaptation, and borrowings from the tafsir. Robert adheres closely to the source text, for he reduces the number of words by only 5% (verification conducted on the al-Baqarah, the second surah), which is more or less the normal relation from Arabic to Latin, French or English.

No passage from the Alcoran is in and of itself perfectly successfull or without value, especially considering the difficulty of the text being translated. Verses 2 and 42–43 provide a good example of this “middle road” that Robert of Ketton arrived at:

Latin Alcoran (2.42): May your intent of mind be firm, never combine what is false and what is true, do not silence the truth you know, (43) right yourself through prayers, in total submis- sion of mind and body. Also give alms and fulfill your duties toward God.

Arabic Qur’an: (42) Do not cloak the truth (haqq) with what is futile (batil), do not hide the truth, you who know it. (43) Raise your prayers, give alms, bow with those who bow.

While the first half of verse 42 does not correspond to anything in the Arabic text, the second half is a fairly accurate literal translation, although the concept of truth differs in Islam (haqq) and Christianity (veritas). While the verb interserere (“intermix, to plant amid”) is of course not the equivalent of labisa (“cover, clothe, hide”), the idea expressed is nevertheless quite similar. Verse 43 includes acceptable transpositions, notably between zakat – purifying legal alms – and decime (“tithe”), which are also on the order of a religious obligation. However, Robert of Ketton amplifies the requirement of submission expressed in Muslim prostration (verb raka‘a, “to bow, to humble oneself”).

Another revealing example of the methods used by the translator is Surah 101, called the « Striking Hour » :

Robert hews closely to the surah’s primary meaning and eliminates all of the repetitive scansions in verses 1, 3, 10 and 11, adopting the rules of Latin rhetoric, which avoids repetition, instead of taking a more literal approach.

There is also a doubtful equivalence in verse 4 between al-qariya yum yakun and mandatum grave, and an overly rapid summary of verses 9–11 through precipitium corruet. On the other hand, the general meaning is preserved, even though the text is not clarified by the translation, especially for verses 6–9, which are translated literally.
Robert generally remains faithful to the text’s meaning and primary interpretations, introduces nuances, and looks for the equivalent phrase, but does not capture the book’s scansions, rhythm, narrative style, and numerous images. Certain translations are nevertheless particularly successful, with respect to both words and content. He mostly follows the framework for the verses, but not their number or the structure of the surats. Robert of Ketton had to contend with many pitfalls. The Qur’an has of course been translated, but is considerably diminished, with the Latin leading to other meanings and new undertones, but rarely to basic errors. Transfers from the Arabic that are perfectly adapted in Latin are rare. The translator cuts, shifts, amplifies verses, and creates logical connec- tions to reconstitute a text based on Latin rhetoric, thereby betraying the text he wants to transmit. He doesn’t always understand the nature of the Qur’an, its modes of thought and inconsistencies. With respect to his methods, it is impor- tant to note how much they evolve from one passage to another. 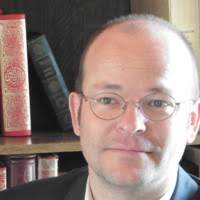 Olivier Hanne has a Ph.D. in history and is a professor at the Military Academy of Saint-Cyr Coëtquidan, France.