The French Naval Campaign off the Kuwaiti Coasts 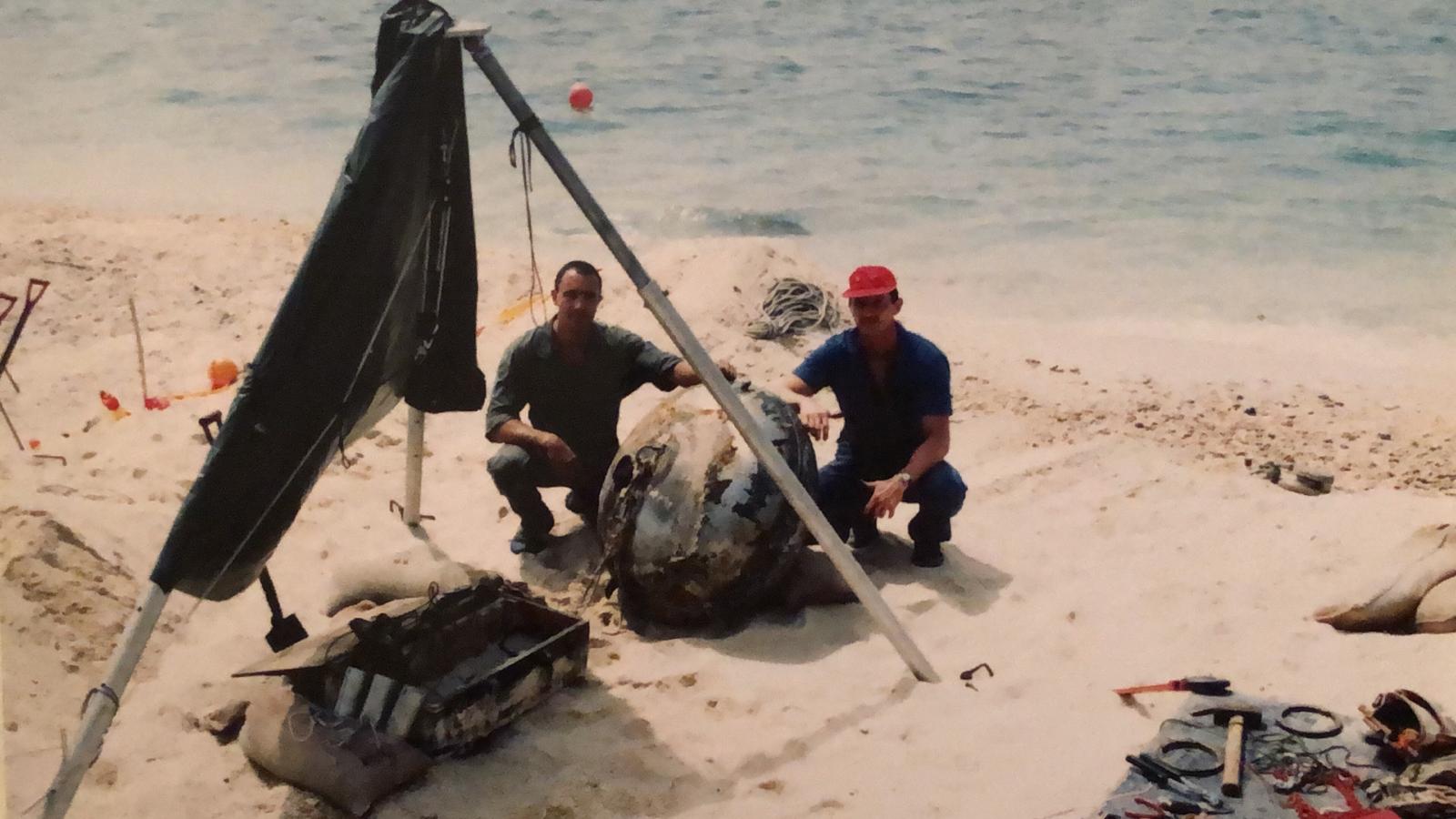 French warships specialized in mine warfare were engaged in the military campaign against the Iraqi army in Kuwait during the first Gulf War. Their deployment began with the demining of the Suez Canal in Egypt to allow the passage of coalition ships. Then, mine hunters and support ships joined the southern Arabian Gulf and took part in mine clearance operations off the Kuwaiti coasts from 30 January, 1991. The first Western European Union (WEU) naval operation named “Southern Breeze” (following the “Desert Storm” operation), made of French, Belgian and Dutch mine hunters (designed and built up together by the same countries) and under rotating tactical command, cleaned up the Kuwaiti coasts. This naval force was composed of four French mine hunters, three Belgian and three Dutch mine hunters, one mine clearers support ship, and two logistics support ships. Simultaneously, one group of the French commando “Hubert” was taking care of mine clearance of the Kuwaiti coastline ashore. The French mine hunter “Sagittaire” got the best result in demining, neutralizing 145 mines within twenty days of operation. 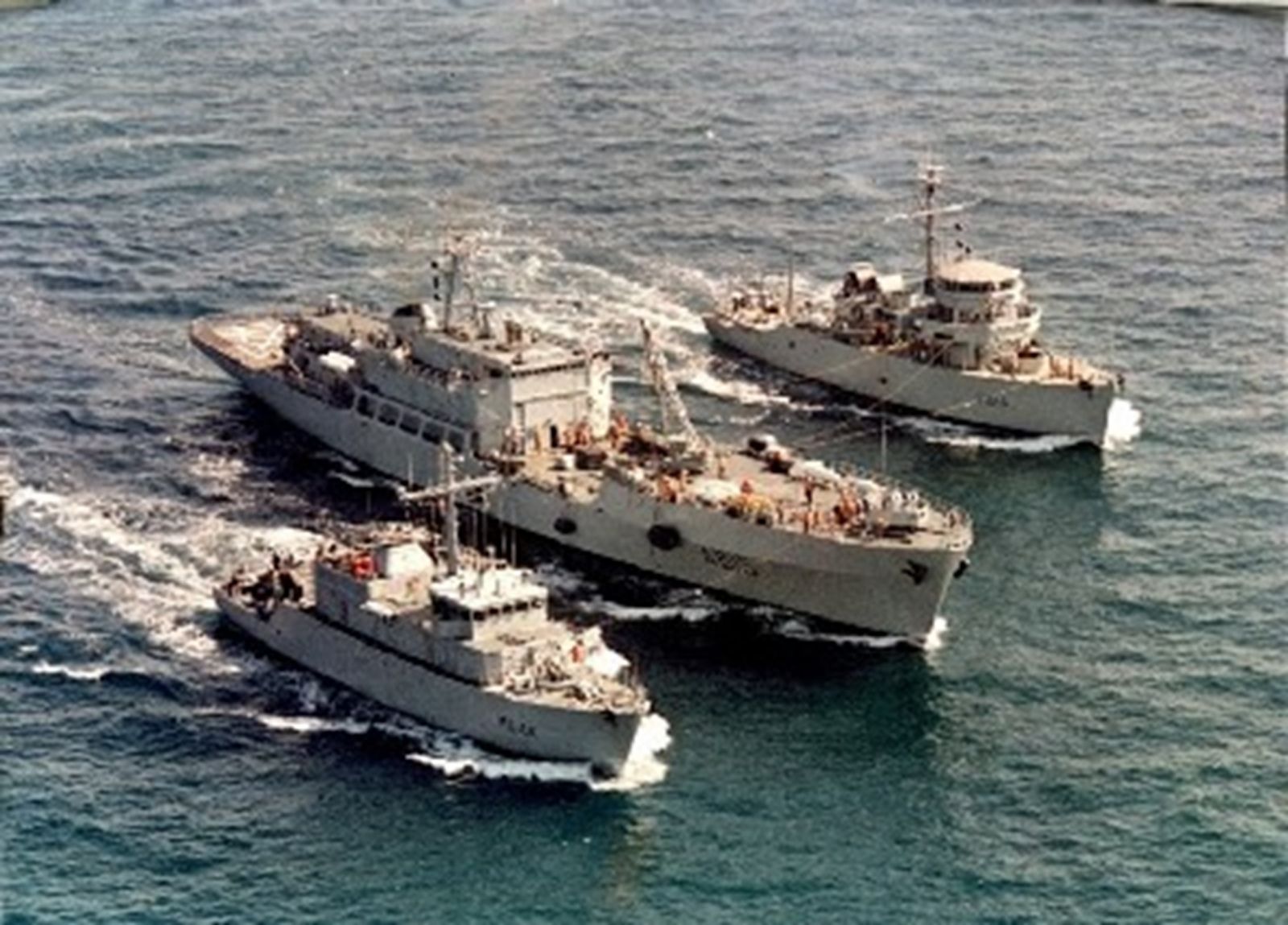 FNS Loire and WEU mine hunters in the Gulf

One of the French units involved in a multinational Task Force specializing in mines warfare was the Mobile Support warship named Loire (named after the French river). This French warship was deployed to carry out the logistic support of warfare units in the Gulf and was engaged in the military campaign against the Iraqi army in 1991. On board, in addition to several workshops designed to repair and fix technical issues, was hosted a helicopter and a decompression chamber able to treat medical diving incidents. This ship had already been deployed in the area in 1987-1988, removing mines from Iraq-Iran conflict. FNS Loire called in Kuwait City on 24 February, 1991, together with a French navy demining warship for specialized divers named “Pluton.” French army soldiers where already present in the city, and oil wells were set on fire by the Iraqis before they retreated. Even with the sun at its zenith, it was almost dark! 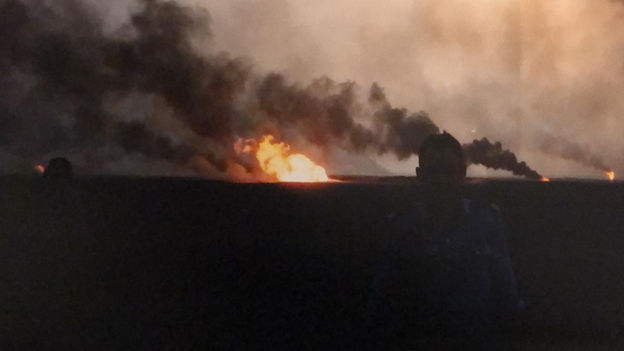 Most of the buildings were damaged, charred vehicles and debris of all kinds littered the streets. The Iraqis had left behind many home-made explosive devices. Some sites were closed to access by US troops. The Iraqis had also opened the heavy fuel oil slicks and the area around the port was covered with oil slicks.

3. Types of mines used during the Gulf War 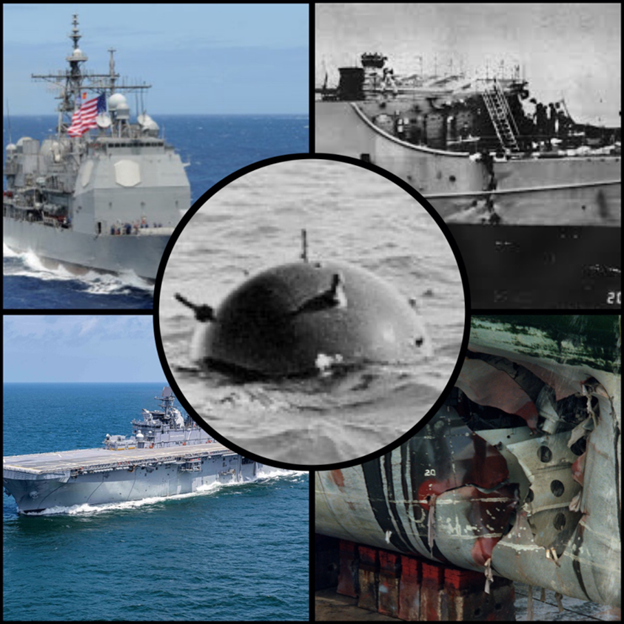 The mine that holed the Tripoli was a contact mine, and the one that damaged the Princeton was an ″influence mine″ designed to blow up under the ship and damage its keel. Most of the mines being found in the gulf were based on a turn-of-the century Russian model, manufactured by the Iraqis, and let loose to drift in the busy oil waterway. 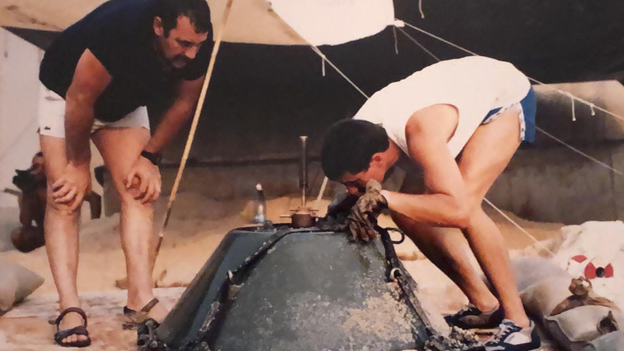 The two submerged Italian made “manta” mines that hit one of the US Navy ship were lying on the bottom of the sea. This type of mine is not set off by contact but by pressure typical of a caveating propeller or bow wave caused by a ship moving through water. Only US and French experts were able to neutralize these “Manta” mines.

4. Minefields were Neutralized along Kuwaiti Coasts

From the ceasefire on 28 February, 1991 onward, demining action became a priority. These French naval forces, along with a coalition of Belgian and Dutch assets, had come together to demonstrate this specialty, which few naval forces actually had. As soon as Kuwait was liberated, the country requested assistance in neutralizing the minefields the Iraqis had installed to protect themselves from an amphibious assault on Kuwait City. Instead of the sketchy shallow anchorages that were expected, the existence of six minefields and four mine lines off the coast, mixing rope mines, and bottom mines were discovered. The multinational force destroyed 530 of the 1,240 neutralized mines, including 213 destroyed by French warships. The operation ended on 16 July, 1991, two months ahead of planned schedule. 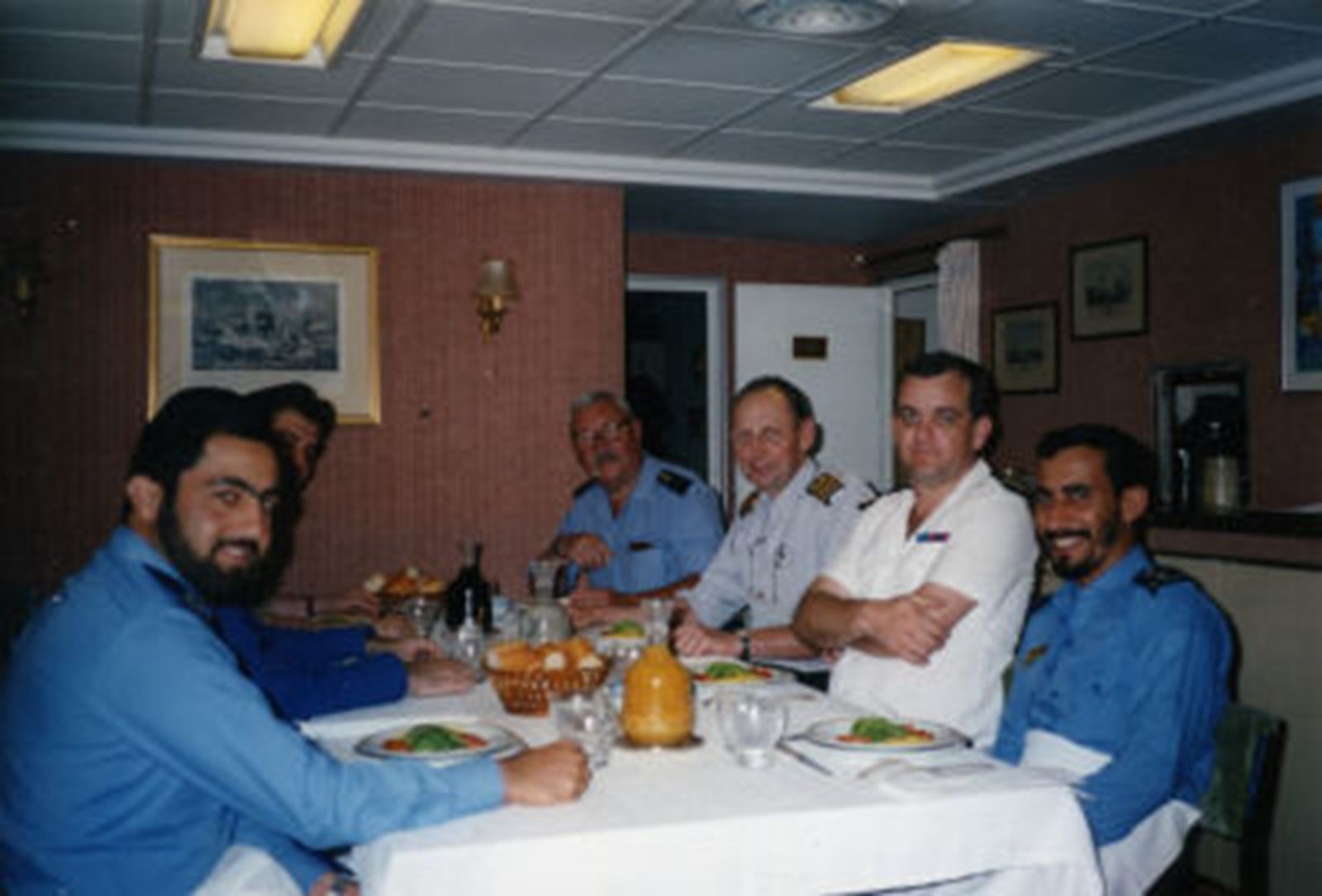 Kuwaiti, French, Belgian and Dutch sailors on board for lunch

Géry Verjot was on board FNS Loire during the demining operation along Kuwaiti coasts, he joined the French Naval Academy in 1982 and served on board warships for eighteen years. He got retired as an Officer in 2012. He is currently General Manager of DCI-SA branch and DCI-SA SPC – KUWAIT for Défense Conseil International Group since July 2020 and was previously posted in Saudi Arabia as General Manager of DCI-SA Branch.