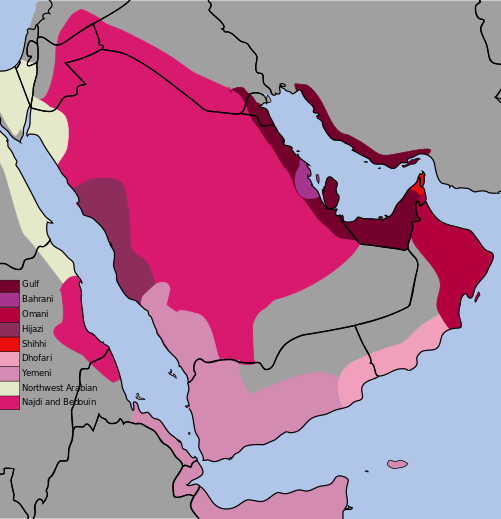 Tribal groups that go by the name of Rašāyda, or the synonymous Bani Rasheed live in various locations in the Arabic speaking world, such as Kuwait, Saudi Arabia, Sudan, Egypt and the Palestinian territories. Several of them, despite the great geographical distance between them, claim common ancestry. These groups are increasingly in contact with each other via social media, internet forums, and associations that also organise mutual visits. They were leading a nomadic or semi-nomadic lifestyle dependent on camel herding, sometimes in addition to fishing, before gradually becoming settled with the formation of nation states and the oil boom. It stands to reason that indeed there once was a tribe or tribal confederation, from which at various points in history groups split and migrated to a new location (Young, 2019).

Since group membership in tribes is based on patrilineal family ties rather than bound on geographical proximity, a working hypothesis for linguists is that a tribe will share a colloquial variety among its members, that distinguishes them from others. This is especially relevant when contact with speakers of a different variety is limited. Ethnographic data indicate that the Rašāyda often maintained a distinct ethnic identity, and some linguistic data corroborate that even over large distances, tribes maintain a shared linguistic variety (Ingham, 1979; Zaborski, 2017).

To test this hypothesis, the Rašāyda present an interesting case for three reasons: firstly, they are dispersed over a large geographic area, yet at least some of their migrations, such as to Sudan, date back less than 200 years. Secondly, their marriage policies are traditionally endogamous, and first-cousin marriage used to be the norm and is not uncommon today. Even though today’s marriage norms are certainly more lenient, marriage outside of the tribe is rare and usually a privilege of the upper class. That means that until recently, especially women were rarely in contact with linguistic varieties other than their own. Thirdly, whether the connection between the tribal groups in various locations is recent or ancient, the increasing contact between them may be a factor that makes their linguistic varieties converge. The connection that transcends national borders creates the social reality of belonging to a multinational tribe. While this could make certain local features disappear, it could on the other hand also make the Rašāyda’s colloquial variety more resilient to change in the direction of a supra-regional or national variety that elsewhere tends to do away with more conservative forms of speech.

To the end of knowing more about how tribal identity shapes language behaviour, a description of the variety or varieties the Rašāyda speak is needed. Descriptive grammars of languages and dialects still largely depend on fieldwork conducted with speakers on-site. For this purpose, scholars depend on the respective communities of speakers, and also on scholarly and bureaucratic infrastructure such as provided by the Global Studies Center at GUST to facilitate research. Members of the tribe are asked to give narrative interviews, tell folk tales or tales about the oral history of their tribe and region. Possible topics of conversation are e.g. life stories, myths, traditional attire or festivities such as weddings. In addition, linguistic data is elicited through a questionnaire and visual stimuli such as pictures that participants are asked to describe and picture stories they are asked to narrate. 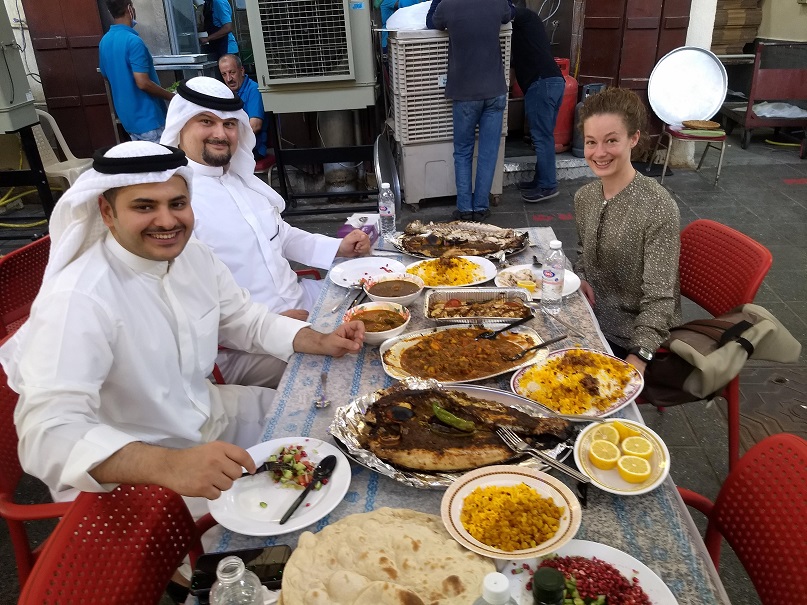 New data elicited in fieldwork provides a corpus for analysis, which takes into account socio-historic and sociolinguistic factors as agents of linguistic convergence and divergence. A comparative approach is facilitated by collecting data in Kuwait and Saudi Arabia and comparing them with data from Sudan. The research is embedded in a database as part of the WIBARAB (What Is Bedouin Arabic?) project funded by the European Research Council (ERC) hosted at the University of Vienna in collaboration with the Austrian Academy of Science.

This new data of course has to consider the multi-layered realities of today. Even where restrictive marriage policies persist, university and social media facilitates contact between speakers of different varieties. It is thus consistent that data reveal clear generational gaps between speakers. Another very important aspect is the difference between the speech of women and men, an aspect which has so far not been discussed widely. The description of varieties spoken by the Rašāyda contributes to Arabic dialectology while also enabling further typological and sociolinguistic considerations, especially regarding varieties that are considered “bedouin” as opposed to “sedentary” varieties of Arabic. It thereby serves to present and preserve the plurality of spoken Arabic.

Young, W. C. (2019). Kinship and History: Tribes, Genealogies, and Social Change Among the Bedouin of the Eastern Arab World. Structure and Dynamics: eJournal of Anthropological and Related Sciences, 11(1). 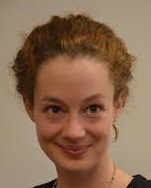 Gunda Kinzl is a doctoral candidate in Arabic studies at the University of Vienna. She is currently employed in the ERC-funded WIBARAB (What Is Bedouin-type Arabic?) project, which aims for a better understanding of the bedouin-sedentary split in Arabic dialectology. For her dissertation, she collects linguistic data from the Rašāyda tribe in Saudi Arabia and Kuwait and compares it with already existing studies on their dialect(s) spoken in Sudan and Palestine.