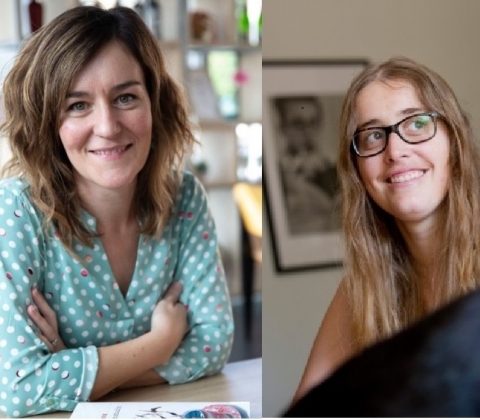 Contemporary Spanish literature advances a critical view of actors and events. Writers do not map precise territories, but often speak in a relatable fashion to universal issues of human anguish. The tradition of Spanish literature features in their works, yet at the same time these writers establish bridges to a global literary culture. There is a genuine literary tension in their works between the depiction of contemporary life and techniques that engage with the tradition.

Margarita Leoz was born in Pamplona, Spain, in 1980. She holds degrees in French Language and Literature from the Universidad de Salamanca and Literary Theory and Comparative Literature from the Universidad de Barcelona. She is the author of the book of poetry El telar de Penélope/Penelope’s Loom (Calambur, 2008) and the short story collection Segunda residencia/Second Home (Tropo Editores, 2011). Several of her stories have been included in anthologies and translated into English. Flores fuera de estación/Flowers Out of Season (Seix Barral, 2019) is her most recent published work. Her next book—a novel—will be published by in 2022.

Natalia Cerezo was born in Castellar del Vallés, a small town not far from Barcelona, right in the middle of the 80s. She grew up wanting to travel and read. Since she read everything I could get her hands on, she started to study Translation and Interpretation, which allowed her to spend a year in both Copenhagen and Taipei. When she finished at university, she moved to Barcelona into a sixth floor walk-up with a huge terrace from which she could see an inch sea. Five years later, she moved back to her hometown with her cat and er partner. She published her first book of stories, En las ciudades escondidas (‘In Hidden Cities’) (Rata 2018), which won the Ojo Crítico for Fiction that year, and a novel fictionalizing my grandmother’s life, Y pasaron tantos años (Rata), three years later.
In addition to reading and writing, she likes cats, sharks, and Spanish omelets.