Jean-Pierre Thibaut: How do Children with Intellectual Deficiencies Build their Lexicon and their Conceptual Systems?

Jean-Pierre Thibaut is professor of developmental psychology at the University of Bourgogne, Dijon, France.

In this talk, Prof. Thibaut will describe the developmental trajectories of children with intellectual disabilities of genetic origin and compare them to neurotypical children. The influence of chronological age and mental age on receptive and expressive aspects of the lexicon will be discussed, along with the dissociation between the difficulties in learning abstract and complex concepts (such as those related to space or time) compared to the availability of the basic vocabulary (names of objects or familiar people). In addition, the Inter-syndromic variability by comparing the developmental trajectories of people with Down's syndrome and those with Williams syndrome will also be discussed. In a second part, he will discuss the nature of the acquisition of the first words and concepts as well as what authors refer to as the strategies and principles of lexical acquisition. He will compare the lexical profile of children with Down syndrome and children with Williams syndrome to the one of neurotypical children.

April 19 at 9pm
This event is organized by the Kuwait Chapter of the Middle East Psychological Association in cooperation with the French Embassy and the GUST GLobal Studies Center. 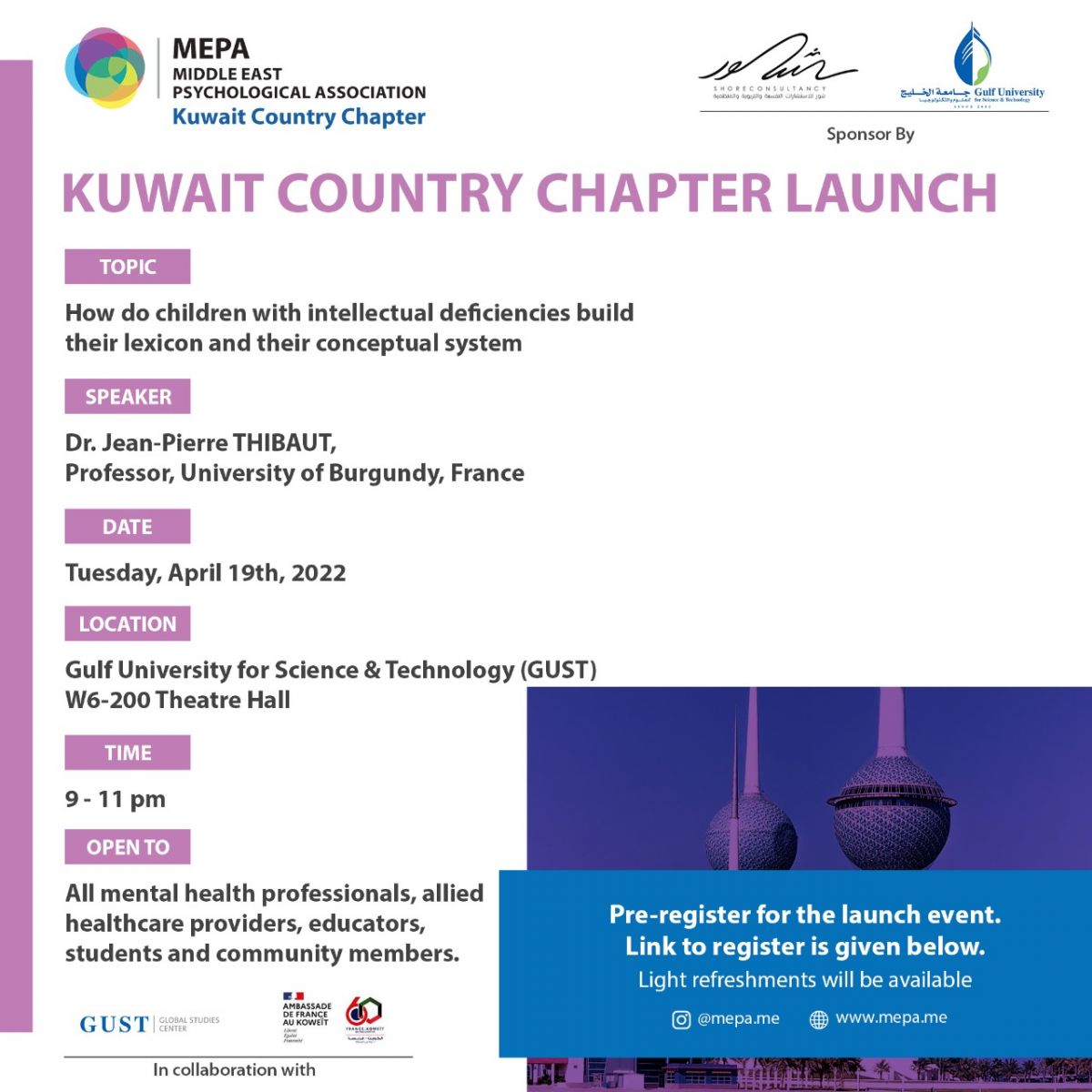