Arnaud Lacheret: Woman is the Future of the Gulf Woman is the future of the Gulf: What Arabian modernity tells us

“Woman is the future of the Gulf” is the result of a long-range study based on recorded interviews with young female managers from Saudi Arabia, Bahrain, and Kuwait. The study aims to address the concept of modernization in the Arabian Gulf.

The set of cultural, religious, and social values extant in those countries produced an original approach towards social change. By giving new rights to women, Gulf Governments have launched an impetus in their societies that is feelable inside Arabian families. Daughters and wives can now negotiate with family members  (most of times males) advantages like the permission to study and then to work. Once this most symbolic step is accomplished, they introduce new values that they have acquired in their companies into their households; they thus initiate social change starting with the basic cell of society: the family.

The critical point is reached when the father becomes proud of his daughter and changes from an attitude of reluctance to the championing of women empowerment. This is the definition of a social non-movement: when a set of actors adopt the same behavior without any concertation. The “empowered” daughters and wives become micro models for the rest of the family, for friends and neighborhood thus creating a kind of a virtuous circle. This appears to be a most acceptable way to run social change into Gulf societies.

Dr. Arnaud Lacheret is director of the French-Arabian Business School of the Arabian Gulf University in Bahrain.

The event will be moderated by Dr. Fatima Al-Hashem, Assistant Professor of English at GUST. 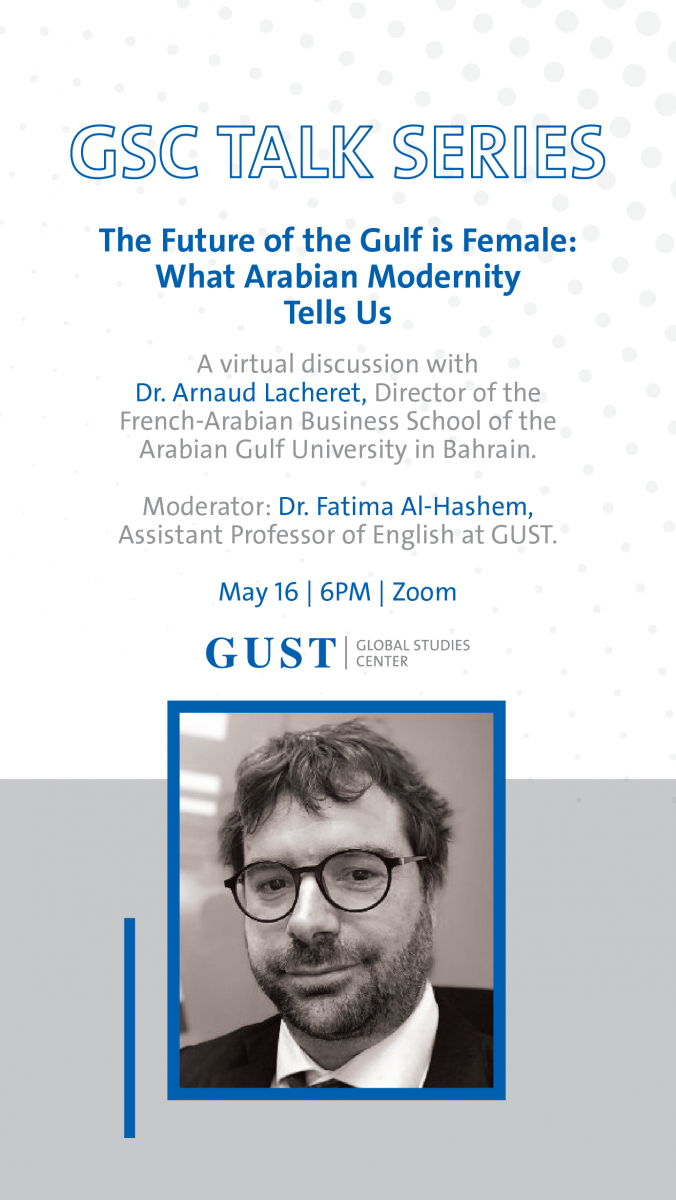