The Global as Trope-ical 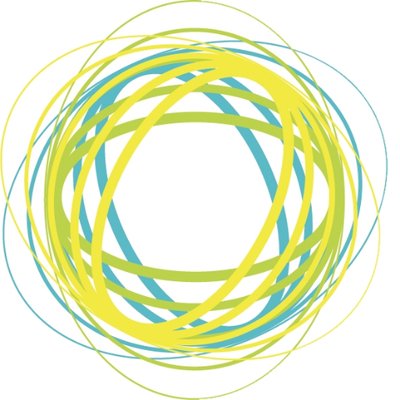 When most of us think “global”, we think “something real.” That is, we may take for granted that the global is real. To think otherwise is unthinkable (or absurd), we think: the global is not real? Of course it’s real. But beyond simple real-irreal bifurcation, there is a third way. This third way could go by many names: virtual, simulated, iconographic, maybe metaphoric. For the moment, I’m going to call it “trope-ical.”

Years ago the literary and cultural theorist Kenneth Burke (1945/1969) outlined what he called the “Four Master Tropes” (p. 503). If we put these four tropes up as lenses in front of what we call the “global” we get some interesting perspectives that aren’t so monochrome as simple reality. In a bit of rapid-fire here, let’s take four quick snapshots:

1. Global as metaphor. “Metaphor is a device for seeing something in terms of something else” (Burke, 1945/1969, p. 503). So if we think of global, then we ask ourselves, What is the something else for which it stands? We can flip this around and ask, What are terms we use to stand for it? For example, “global village” – we know the global is not really a village, but by saying so it gets us thinking in certain directions heuristically, for instance how certain social roles and relationships make villages (and global relations) work (or not work). The word “global” is a way to see things that wouldn’t necessarily go together, plus seeing things that are NOT global as global, e.g., “local.”

2. Gobal as metonymy. “The basic ‘strategy’ in metonymy is this: to convey some incorporeal or intangible state in terms of the corporeal or tangible. E.g. to speak of ‘the heart’ rather than ‘the emotions’” (p. 506). Thus we speak of “the globe” rather than what? One of my cousins is a dairy farmer in Pennsylvania in the USA, and he tells me that the price of a gallon of milk has gone down by two pennies (i.e. two cents: $0.02 USD) or, on another day, up by two. The jug of milk is the global in hand, so to speak trope-ologically.

3. Global as synecdoche. Burke “consider[s] synecdoche in the usual range of dictionary sense, with such meanings as: part for the whole, whole for the part, container for the contained, sign for the signified…etc.” (pp. 507-508). What’s amazing about synecdoche in this sense is its reversibility, how one may flip around and become the other. Burke’s example of the “noblest synecdoche” is that of “microcosm” and “macrocosm” – one may be said to be a “representation” of the other and vice-versa (p. 508). So there could be the village representing the world. Or a jug representing it all. Or the global could stand for what’s happening in a petri dish. The totality of what’s happening in one computer program or organizational system could be stood for by “the global.” For instance, within a very limited, closed system/context, a leader might say at a planning meeting, We really need to get a global view here – not meaning international or planetary view – but rather an overall, holistic view within the very limited context (even if that context is not seen as limited by those within it).

4. Lastly, the global as irony/dialectic. Irony is many things, but at least one of them is reversal. When we say something is ironic we can mean that some significant turn has taken place that may be the opposite of where things started. Burke ties all of this closely to his version of “dialectic” where there’s always “two sides of the coin” (cf. Meltzer, 2005, p. 53). There’s always the negative that goes with the positive. Matter and dark matter, if you will. Something and nothing. So the global both is and isn’t global in this perspective. It’s not just that the global could be local or be a jug or be a petri dish. It’s also that it needn’t be at all and yet it is and/or we make it so. The fact that the global might not be so is a basic insight into any further reflection upon what it is or how it may operate.

Here it can only be pointed to how reflection on tropes may cooperate and contribute to reflection on global studies, in part, engaging virtual studies (Botz-Bornstein, 2015, pp. 78ff.), exploring the “invisible continent[s]” (Ohmae 2000) that make the global, among other things “a state of mind” (James, 2021, p. 210), and a sign which stands for something that is “capable of speaking to our most intensely felt individual needs” (Konings, 2015, p. 19; cf. Hochschild 1983/2002; Zuboff, 2019). We, all of us, one way or another (individually, globally, or otherwise), don’t just get real: we get trope-ical.

Find the first part of these meditations here. 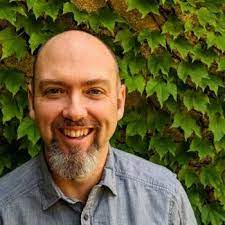 Ben Bennett-Carpenter teaches at a public university in North America and consults/coaches at Sollars & Associates and independently.  Bennett-Carpenter is the author of Death in Documentaries: The Memento Mori Experience (Brill, 2018) and Explaining Jesus: An Interdisciplinary Exploration of a Phenomenon (Lexington / Rowman & Littlefield, 2019).