Preface to the Global as Trope-ical 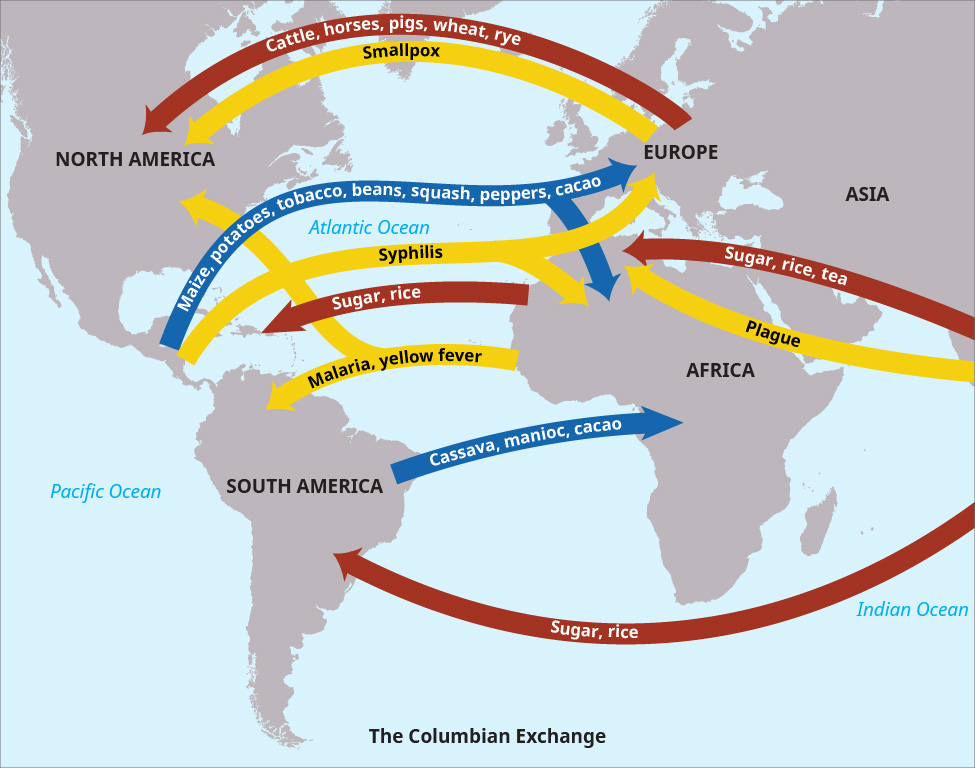 What’s the first thing that comes to mind when you hear the word “global”?
Consider stopping here for a moment. “Global.”

What did you say? For me it’s the image of the green and blue ball with its brown and white accents as we picture Earth from space. Kind of a version of the ‘pale blue dot.’ (Ok, I also picture a basketball!)

I also think of the image, sometimes a poster in a dorm room or office, of the Milky Way with an arrow to a tiny spot on the ring of the galaxy with the label, “You are here.” But in that case, the globe kind of disappears.

Having an image of the global as a sphere brings it part way back toward a living world. Thinking “global” as “Earth” is to think of a particular, singular unit – “Earth as a unit” (Gibelyou and Northrop, 2021, p. 64). Spatially we may speak of geocentric vs. heliocentric perspectives: Earth at the center or Earth along a margin. And we may line up various disciplines or fields as they deal with Earth as their own kind of phenomenon: astrophysics, geology, geography, politics, sociology, economics, cultural studies, and so on. Notably though, this “unit” of Earth is also an entire set of systems (Gibelyou and Northrop, 2021, p. 68). This could point us toward considering the global in terms of world-systems.

In a world-systems perspective, geography and economy may come together (cf. Botz-Bornstein, 2015, p. 90). And right away many people will think of “the global” (and “globalization”) in terms of global capitalism. As Immanuel Wallerstein puts it, the 16th century was when “our modern world-system came into existence as a capitalist world-economy” (Wallerstein, 2004, p. x & p. 23ff.).

“What we mean by a world-economy (Braudel’s économie-monde) is a large geographical zone within which there is division of labor and hence significant internal exchange of basic or essential goods as well as flows of capital and labor. A defining feature of a world-economy is that it is not bound by a unitary political structure.” (Wallerstein, 2004, p. 23).

Discussion of a world economy always makes me go the other way, however, and think of very specific places. Take a village marketplace in the mountainous region of Ocotepeque, Honduras, for example. You can get a Coca-Cola there but, more importantly, only get your sugarcane on Sundays when everyone comes together on market day. Simple exchanges of local goods continue to rule the day.

Inevitably, talk of the global will end up engaging both economic and ecological considerations. A prime example of this, historically, is the so-called Columbian Exchange. As Charles Mann describes it, “After 1492 the world’s ecosystems collided and mixed as European vessels carried thousands of species to new homes across the oceans” (Mann: 7). Yet, the terms of “global,” “world,” and “Earth” ultimately are “bigger” than nations and capitalist economies, even simply looking at politics. As Craig Calhoun puts it, “Much of the global political economy is organized in ways that exceed the ‘official’ world-system of nation-states and capitalism." Calhoun gives the examples of states and corporations in “collusion” or cooperation; the operations of organized crime; warlords, cartels, and “semiautonomous parts of states, including militias” (Calhoun: 158), but the examples need not all be of hard power.

An example that comes to mind for me is within religions and within local or regional governmental organizations. Vasquez and Marquardt go so far as to say that “globalization” is as old as the “world religions” (Vasquez and Marquardt: 35). But right now I am thinking in the other direction, which is that local and regional organizations (both religious and secular) organize, communicate, and act in ways that run along alternative lines to that of the national, international, or capitalist-only trajectories. Add in individual and family dynamics, and the idea of the global as a complex system – or system of systems – becomes easy.

Having said all this, the discussion here so far, though, merely hints toward what I’m trying to get at: how we might look at the “global” as a trope. Beyond the global as system or sphere, I have in mind the ways it may work as metaphor, metonymy, synecdoche, and irony, or dialectic. For example, how does the global become the not-global? The local? Or vice-versa? And how is the global “virtual” (Botz-Bornstein 2015; cf. 2006). But that’s for next time. (Next time: The Global as Trope-ical.)

Find the continuation of these meditations here.

Gibelyou, Cameron, and Douglas Northrop. 2021. Big Ideas: A Guide to the History of Everything. New York: Oxford University Press.

Ben Bennett-Carpenter teaches at a university in the Great Lakes region of North America, and coaches at Sollars & Associates, Inc. He is the author of Death in Documentaries: The Memento Mori Experience (Brill | Rodopi, 2018) and Explaining Jesus: An Interdisciplinary Exploration of a Phenomenon (Lexington Books | Rowman & Littlefield, 2019).